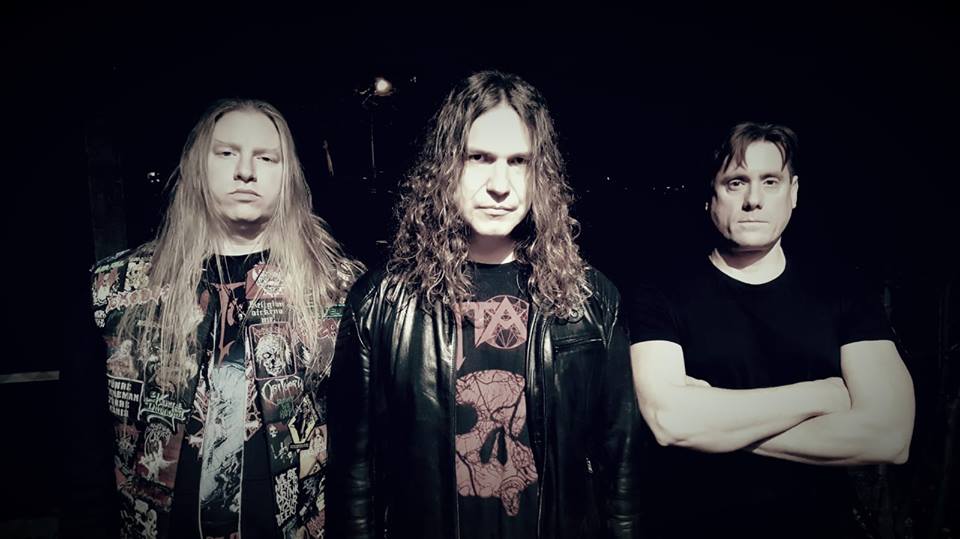 To enable Dani Zizek to play shows in his native country and residence, Germany, Dani also recruits former CEMETERY drummer Elmar Nuesslein and bassist Stefan Hendel for the purpose of playing local shows. Elmar, Dani’s old friend since 1989, played drums in CEMETERY from 1993-94 and later on in AEONS END until 1996. Stefan, Dani’s buddy since Teenager-Days, turned out to be the perfect fit on the four and five strings.

Elmar and Stefan are best known as the rhythm section for Munich thrashers RED TO GREY. By the way: Roland Weihmayer’s sister, Gaby, is the singer in RED TO GREY. All the pieces are coming together for the CEMETERY-Family…

This means that both, Cemetery L.A. and Cemetery GER (preliminary as a three-piece) are preparing live activities on both sides of the Atlantic, while singer/lead guitarist Dani Zizek ‘commutes’ between the two line-ups.